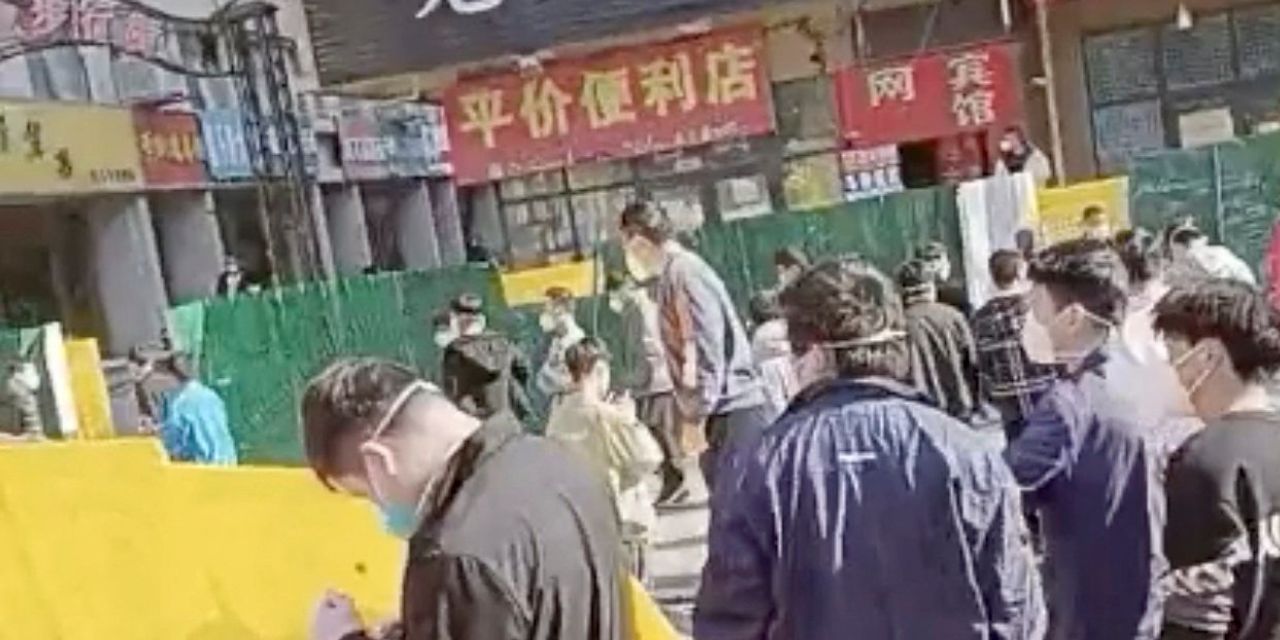 HONG KONG—Workers at the world’s biggest iPhone assembly plant in China clashed with scores of police officers after protests erupted at the factory, which has been under Covid-19 lockdowns in recent weeks.

Technology Group assembles most of the world’s latest iPhone models. Police officers in Covid-protective suits holding long shields and wielding batons faced off with workers who threw plastic water bottles and pieces of metal from dismantled barriers, the videos showed.

Workers at the plant said Wednesday that protests started around an accommodation area for employees near the factory on Tuesday evening, after they learned bonus payments they expected to get would be delayed.

Workers in at least two dormitory districts took part in protests as videos of the incident circulated, workers said. One video shot at the Zhengzhou site showed more than a dozen police officers and men in white protective suits surrounding and repeatedly punching a man and beating him with batons.

Foxconn has been offering bonuses to those recruited in November to fill vacancies created by the Covid outbreak at the factory—which employs more than 200,000 people—after some fled because they feared catching the disease. Existing employees were also given a bonus for every day they turned up to work.

News agency and video-verification service Storyful verified the location of one of the videos. The Wall Street Journal corroborated events shown in the videos with workers at the site.

Foxconn confirmed violence broke out on its campus, saying in a statement it was related to new hires who appealed to the company over doubts about their pay. The company said it pays allowances based on contractual obligations and will communicate with employees and the government to prevent similar incidents in future.

Production of Apple Inc.’s smartphones has been disrupted in recent weeks as Foxconn struggled to contain the outbreak that started in October. Earlier this month, Apple said shipments of its high-end iPhone models would be lower than expected because of the disruptions at the Foxconn plant.

Foxconn’s Zhengzhou facility was earlier expected to make more than 80% of the latest iPhone 14 base models and 85% of the high-end Pro models, according to Counterpoint Research.

Apple was a pioneer of the outsourcing model in which iPhones and other gadgets were made by China’s army of cheap and often seasonal migrant labor. In recent times, Apple has told its suppliers to more actively plan on increasing production outside China, citing the country’s strict zero-Covid policy among other reasons.

—Wenxin Fan contributed to this article.

Write to Selina Cheng at selina.cheng@wsj.com

How to Print a Booklet for your Business