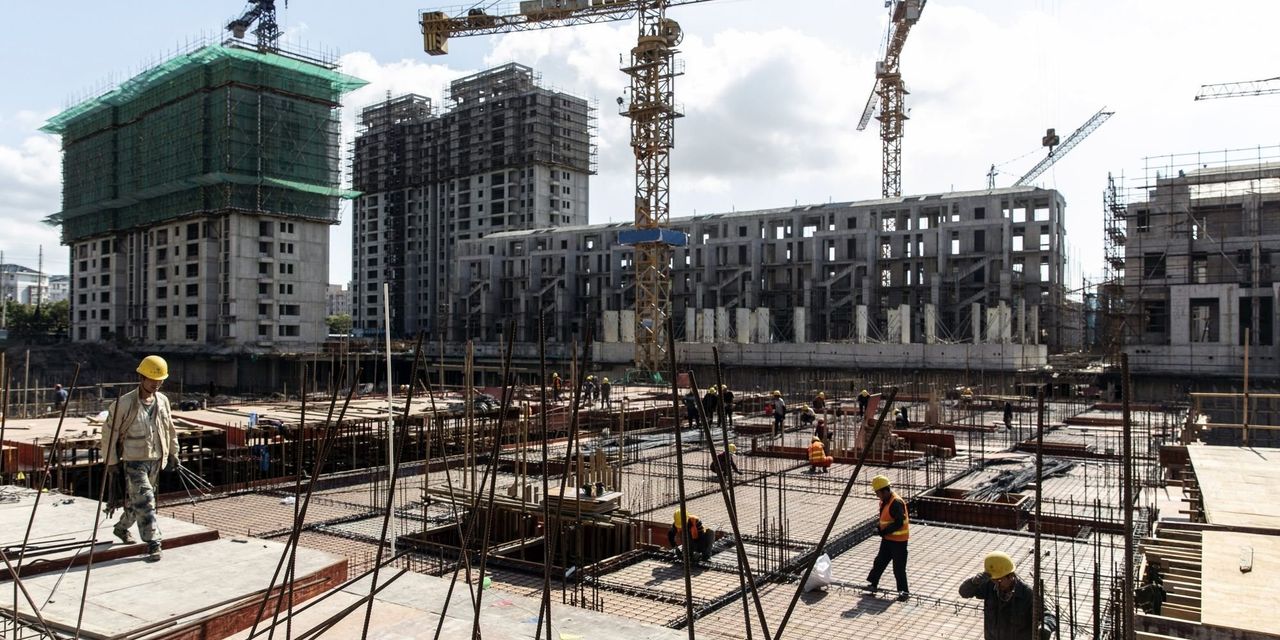 HONG KONG—China’s state-owned banks are showering the country’s real-estate developers with loans and other promises of financial support, moves that will prevent the beleaguered industry from spiraling into a full-blown crisis following a wave of debt defaults.

The generous aid, however, is unlikely to quickly solve a fundamental problem afflicting many Chinese developers: A deep slump in new home sales.

The banks’ financial pledges came shortly after China’s central bank and top banking regulator mapped out a list of 16 measures to bolster the country’s ailing housing sector, which has been reeling from borrowing restrictions that were imposed on developers and lenders.

The fresh commitments from state-owned banks, coupled with a recent expansion of a government-sponsored bond guarantee program, are designed to help developers remain in business and finish construction on their projects. The actions would help resolve real-estate companies’ near-term liquidity pressures, but the much bigger challenge is regaining the trust of ordinary Chinese citizens and home buyers.

“The most important thing in the current market is to restore people’s expectations,” said Zhang Yu, chief property analyst at CICC Research. To achieve that, homes that were presold first need to be delivered to buyers. The heightened concerns about developers defaulting—which created a negative feedback loop—also have to be alleviated, he added.

Weak consumer confidence, as China’s economic growth slows and its strict Covid-19 restrictions linger, is also weighing on home sales and slowing the pace of people getting together to form new households. Rising Covid case counts in several major cities from Beijing to Guangzhou have brought back widespread lockdowns in the past few days.

“The real bottleneck now is the current pandemic situation in China and the zero-Covid strategy,” said Ting Lu, chief China economist at Nomura in Hong Kong. “As long as that policy exists, the financing-side supporting measures are medicines that can alleviate symptoms, but cannot cure the disease,” Mr. Lu said.

Home sales are the biggest source of funding for Chinese developers, according to data from China’s National Bureau of Statistics. Domestic loans accounted for just over 10% of the property companies’ total funding.

New home sales in China by value fell 28% in the first 10 months of 2022 from a year earlier, official data showed this month.

The financing support means that, in the next few months, the “quality developers” that haven’t already defaulted are unlikely to do so, said Shujin Chen, head of China financial and property equity research at Jefferies. So far, more than 30 developers have defaulted on their dollar-denominated bonds.

She predicted that home sales will decline another 10% or so next year before finding a new equilibrium.

chief China economist, said that new home sales have likely bottomed out, but the recovery momentum will likely remain soft through the second quarter of next year.

Just before the downturn, Chinese developers were selling around 14 million apartments annually—but a chunk of those were a result of speculative buying, he said.

Mr. Xing said he expects sales to eventually settle at around 10 million units a year, which he said would reflect the natural pace of people joining together to make up households and urbanization in China.

, the country’s largest bank, will extend up to $92 billion of financing to 12 developers including privately owned property giants

Under the agreements, the banks will provide financial support to developers for activities that include project development, mergers and acquisitions and domestic bond issuance.

The government-directed aid shows that “regulators are increasingly worried about the sector,” said Yao Yu, founder of YY Rating, an independent Chinese credit-research firm. He added that it isn’t clear how much of the banks’ lending quotas—which represent the upper limits of potential funding—will end up being disbursed to the selected developers.

On Wednesday, the country’s interbank bond market regulator said the state-backed guarantor had received more than 100 applications from private developers for credit enhancements. So far, a handful of those applications have been approved.

While Chinese developers likely won’t be able to use their borrowings from domestic banks to pay off their outstanding international bonds, prices of some of their dollar bonds edged higher in recent days. Many are still trading at deeply distressed levels. The yield on an ICE

index of noninvestment grade dollar bonds issued by Chinese companies was recently at 29% versus around 32% before the property-easing measures were unveiled.

Brandon Gale, head of the Asia-based financial restructuring group at

said the Chinese government’s broader property measures have the potential to help stabilize the sector.

That, he added, “could be vital in giving the industry the time it needs to restructure its debt load.” The American investment bank is a financial adviser to

—Serena Ng contributed to this article.

Write to Rebecca Feng at rebecca.feng@wsj.com

The Sales Revenue Formula: How to Use It and Why It Matters