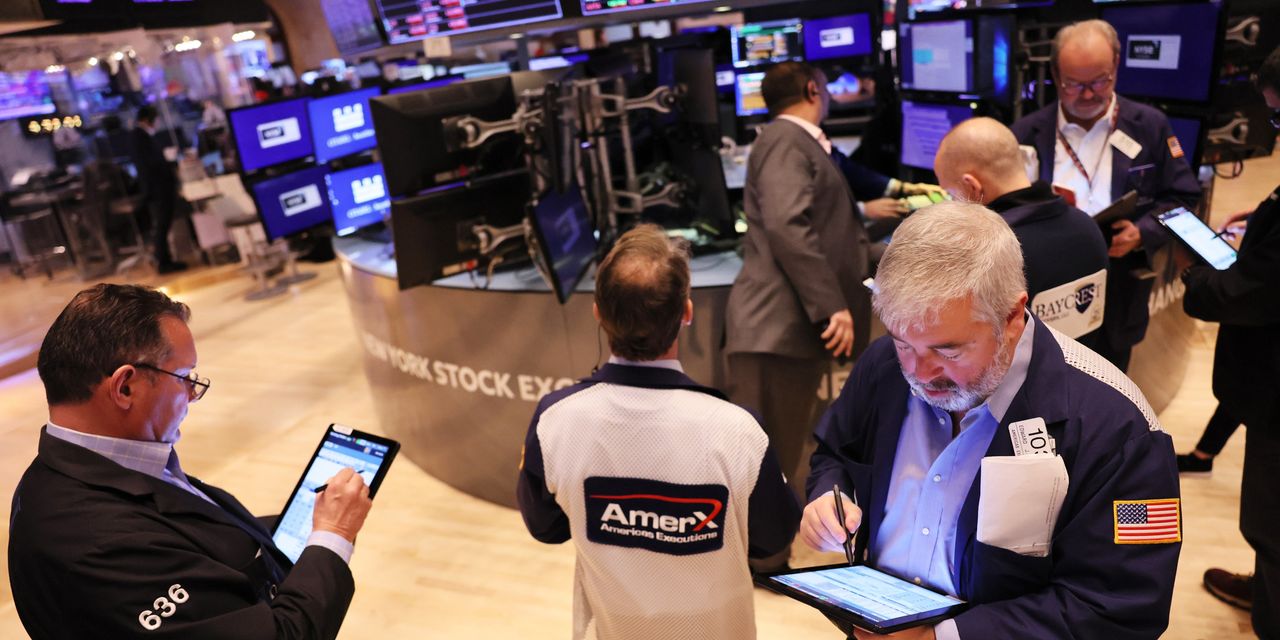 U.S. stock indexes declined at the opening Tuesday, as a series of major companies reported earnings, and ahead of widely watched surveys of business activity.

The S&P 500 slipped 0.5%, indicating the broad-market index could give back some of its recent gains. It gained 1.2% the day before, to close at its highest since early December. The Dow Jones Industrial Average and the Nasdaq Composite also slid 0.5%.

Stocks have rallied in the past two sessions as investors bet that easing inflation will allow the Federal Reserve to slow the pace of its interest-rate rises and potentially even cut rates later this year. Officials at the central bank are considering a smaller rate increase for the meeting next week, The Wall Street Journal reported.

Earnings season is in full swing, with blue-chip companies such as

all reporting ahead of the opening bell.

is expected to post earnings after markets close, making it the first of the technology giants to report.

“The biggest thing this week would be earnings,” said John Roe, head of multiasset funds at Legal & General Investment Management.

So far, this earnings season hasn’t seen major downgrades to corporate outlooks, or to consensus forecasts for the coming year, Mr. Roe said. “Everyone was worried that it could be an earnings season where we get revisions down, so when you get a season where nothing happens, you also get the idea that this pushes out the timing of a U.S. recession,” he said.

GE stock was volatile premarket, declining 0.4% after rising earlier in the morning. The industrial conglomerate reported revenue and profit that topped Wall Street forecasts, driven by strong demand for jet engines and power equipment. Meanwhile, 3M dropped 4% premarket, after the maker of Scotch tape and Post-it Notes reported a slowdown in sales and said it would eliminate 2,500 jobs.

U.S. purchasing managers indexes, due at 9:45 a.m. ET, will be scrutinized for another indication of the health of the economy. Similar surveys showed business activity in the eurozone rose in January, raising the chances that the global economy could avoid a recession this year.

“The market is looking for confirmation that this rally at the start of the year is sustainable. Every number counts,” said Antonio Cavarero, head of investments at Generali Insurance Asset Management.

In bond markets, the yield on the benchmark 10-year Treasury note declined to 3.516% from 3.522% the day before. Yields fall as bond prices rise.

Oil prices were little changed, with most actively traded contracts for Brent, the global crude benchmark, slipping 0.1% to trade at $88.06 a barrel.

Write to Anna Hirtenstein at anna.hirtenstein@wsj.com

The Ultimate Guide to Humanizing Your Sales Efforts